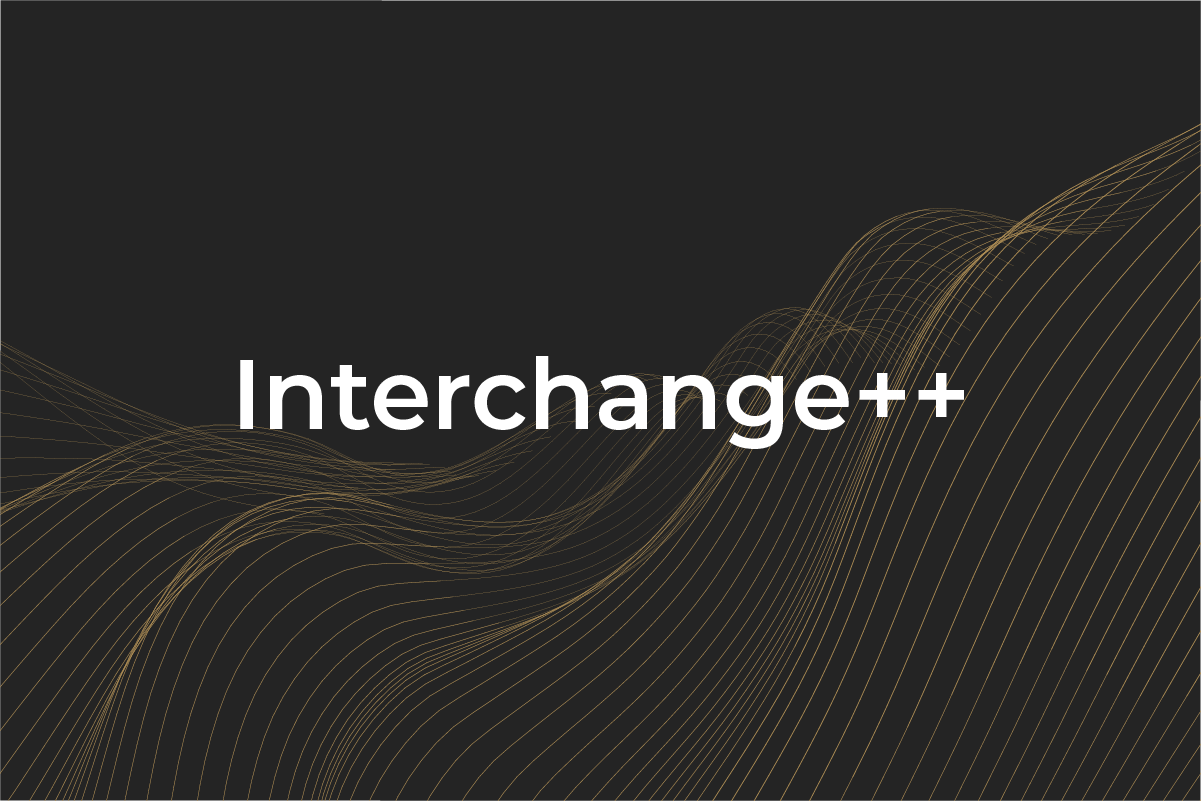 Each card transaction requires a fee paid by a merchant. And these fees can depend on the type of pricing models such as tiered or fixed pricing, or interchange++. Today Maxpay will focus on what interchange++ is, how it differs from other payment models, and which benefits can it bring to a merchant.

What is interchange plus plus pricing?

An interchange fee is a quite common charge in the payment card industry. In general, an interchange fee definition is simple, it is a fee that is being paid between financial institutions for the acceptance and processing of credit and debit card transactions. Normally for goods and services purchases, it is a fee that an acquiring bank pays to an issuing bank of a customer.

Interchange rates are dictated by the payment networks such as Visa, Mastercard brands. The amount of the interchange fee often counts as a little percentage of the total transaction amount, and it is usually more costly for credit than debit cards because of the potential risk of credit purchase.

Interchange plus pricing separates the merchant service charge or MSC into 2 basic components that shape the transaction fee.

When card networks such as Visa and Mastercard update the rate of an interchange fee on a certain credit or debit card, then the interchange part for the merchant service charge would be modified instantly, either up or down, mirroring an update to the cost base of an acquiring bank of the merchant.

Card scheme fees are normally much lower than the interchange itself, and their amount is influenced by different aspects such as the credit or debit card type, transaction kind, and so on.

What influences the fees for interchange++?

How does Interchange plus plus pricing compare to other fees?

Interchange plus plus pricing vs tiered pricing

Tiered pricing is known to be the most common charge processing system among all others. Tiered pricing includes three main types of fees that a merchant can be charged during a transaction: qualified, mid-qualified, and non-qualified.

Still, a tiered pricing model does not allow a merchant to regard the exact amount that they are going to be charged with. The reason is that most of the credit card processors push the visibility of the non-qualified rate to attract merchants, hiding in small letters the non-qualified charges.

Interchange plus plus vs blended pricing

When it comes to blended pricing or fixed pricing, we can say that it is the opposite thing from interchange++. Fixed pricing does not separate processing fees into subcategories. Instead, it presents the total summed-up fee for every transaction. With this model, merchants don’t know exactly what are the charges for an acquiring bank, for a card brand, and for the transaction itself.

Blended pricing is indeed easier to calculate, but compared to interchange++, fixed pricing does not highlight all the aspects of the deal. The transparency of interchange++ makes a merchant understand what the fee stands for.